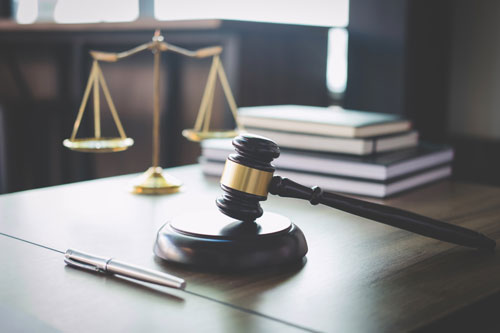 At our Law Firm, we specialize in bringing the law to your corner. We are dedicated to understanding what results you want and to helping you understand what actions we can take on your behalf. We will work with you every step of the way to make sure that you understand the choices you are making and feel empowered to make them.

Linda Mainenti Walsh has been practicing for 29 years and has a proven track record of success. She uses that experience to help you down a path to the results you need.

Linda Mainenti Walsh, established her practice Linda Mainenti Walsh, Esq., LLC in Morristown, New Jersey in August 2018, where she continues to focus on Divorce, Family Law and related matters. Previously, she was of counsel with Ceconi & Cheifetz, LLC (practice dedicated to Family Law), of counsel in the Family Law Group at Sills Cummis & Gross, P.C. Prior to that time she was of counsel with Einhorn, Harris, Ascher, Barbarito & Frost, P.C. where she practiced for over 15 years. She has devoted her career to the practice of Family Law. She is a former law clerk to the Honorable B. Theodore Bozonelis, Morris County, Superior Court, Family Part, and has been practicing law over 28 years.

She is currently the Secretary of the Morris County Bar Foundation, fifth term.

She served as 2013 co-chair of the Morris County Bar Association Family Law Committee. She coordinated and presented the following programs as co-chair of the Family Law Section: “How to Get Paid”; “Family Law Motion Practice”; and “Demystifying Business Valuations”.

She served the maximum two two-year terms as Trustee to the Morris County Bar Association. In that capacity, she has been a member of the Mentor Program subcommittee (to date) and chaired, developed, coordinated and presented the 2011 and 2012 911 Day of Service program, a day-long event wherein over several hours attorneys from various practice areas presented overviews of the law procedure and interaction with the community.

She serves as a co-adviser for the Morris County Explorers in Law program sponsored by the Morris County Bar Foundation and Boy Scouts of America, a program for high school students interested in careers in law which meets monthly throughout the school year and presents a Symposium in the Fall (2014 to date).

After serving five 2 year terms, Ms. Mainenti Walsh has recently been re-appointed to an additional 2 year term as a member of the Supreme Court Committee on Women in the Courts and she has served as co-chair of the Bar Education Sub-Committee. As co-chair, Ms. Mainenti Walsh makes presentations to Bar organizations throughout the State. Also, in that capacity, she has developed, coordinated and presented programs at the Annual State Bar Convention: 2017 “First Chair at Trial. More Women Need Seats at the Table: Addressing Gender Bias and Advancement and Retention of Women in Law Firms, the Profession, and the Courts”, 2016 “Shoemaker’s Children Syndrome” What Lawyers and Law Firms Need to Know about Law Firm Policies Addressing Gender Bias in the Workplace”; 2015 “The Intersection of Race and Gender Bias in the Legal Profession & the Courts”; 2014 “Gender Bias in the Private and Corporate Law Office Environment and How to Avoid It”; 2013 “Recognizing and Addressing Gender Bias and Its Effect on LGBT Litigants and Attorneys in the Courts, the Litigation Process and Law Practice”; 2012 “Recognizing and Addressing Gender Bias in the Litigation Process: What Lawyers and Courts Need to Know”; 2011 “Civility and Gender Bias – Words and Perceptions Matter: An update from the Supreme Court Committee on Women in the Courts.” In March 2018 she presented a program to the NJ Judiciary Institute for staff attorneys “Bench Guide for Addressing Bias in the Courts” and she was program segment co-coordinator and moderator for the Committee’s Summit on Women in the Law, April 2018.

She served a 2-year term as is a Trustee of the Women in the Profession Section of the New Jersey State Bar Association and continues as a member.

Beginning May 2017, Ms. Mainenti Walsh is serving as an appointed member of the NJSBA Nominating Committee.

Beginning Fall 2018, Ms. Mainenti Walsh has been selected to serve as a member of the NJSBA Paralegal Committee and NJSBA Professionalism Committee.

She was a trustee of the Executive Committee of the Family Law Section of the New Jersey State Bar Association, 2014/2015.

Ms. Mainenti Walsh served as a member of the County College of Morris Corporate and Community Programs Division Advisory Board.

Ms. Mainenti Walsh was a member of the National Association of Women Judges and served as a CLE compliance volunteer at its Symposium held in Newark, NJ in October 2011.

Ms. Mainenti Walsh was an adjunct professor for the Legal Studies Department of Montclair State University and has served as an instructor for the Institute of Continuing Legal Education (ICLE) Attorney Ethics Skills and Methods Courses in Family Law and Professional Responsibility and Ethics and has lectured for the State Bar, December 2010 Is Palimony Dead? and Morris County Bar on Family Law and Ethics issues.

Appearing as a guest expert on Law Journal TV, Linda has also been published in Divorce Magazine Fall/Winter 2005 edition and Fall/Winter 2011 edition.

In addition, she is a Master of the Barry Croland North New Jersey Family Law Inn of Court where she has been a member since 2003. She is also a member of the New Jersey Association for Justice.

Ms. Mainenti Walsh received her BA from Montclair State College and her JD from Seton Hall University School of Law.